Based in Caldari space, in Lonetrek at the Caldari Navy station in Nonni IV, The 3M Group is a missions, mining and manufacturing corporation.

We’re a very laid back corporation with profit sharing for mission/mining participants.

Mix dry ingredients in a small bowl.
Beat butter and cream cheese together.

Beat sugar stuff into butter.
Beat eggs into butter mixture.
Beat in almond milk and vanilla.
Mix in dry ingredients.
Batter is more like dough than batter. You could drop it onto a cookie sheet. Fill the bottom third of twelve muffin tins with dough. Place two berries in each muffin cup. Top with remaining dough and three blueberries. 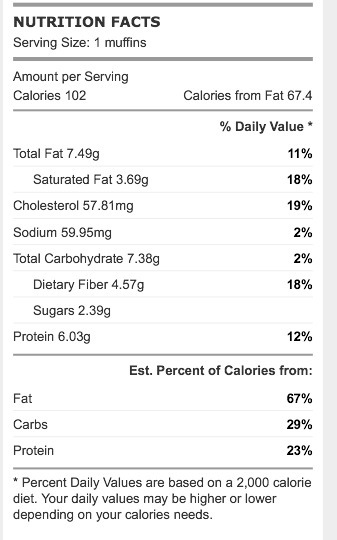 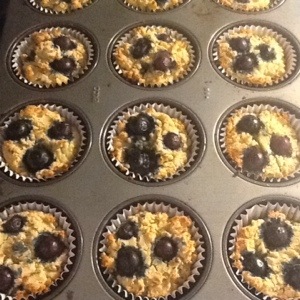 I reposted this on my Facebook from someone else’s timeline.
While I didn’t agree with parts of it, I did agree with the sentiment
behind it. Obama is, in my opinion, the least effective President
we’ve had – ever. I was quite rightfully and articulately reminded by
many in my friends list how bad posts like this are – how warping the
truth clouds the issues and prevents people from forming reasonable
opinion. I still think Obama is a terrible President. I still think
his foreign policy is embarrassing, that his domestic policy
stimulates class envy, and that he is the most ineffective leader, in
terms of getting Congress to do anything, we’ve ever had. That he let
the government come to a shutdown and swelled the deficit
astronomically is unforgivable to me. Even Jimmy Carter produced 4 times as much economic growth during his one term as Obama did during his entire first term. The real GDP growth under Obama is the worst of any President in the last 60 years. Barack Obama sponsored 137 bills from 4 Jan 2005 until 16 November 2008. Two became law. In the Senate, he voted “present” or no voted on nearly 130 votes. I know it’s a political maneuver many employ, but it’s ludicrous to no vote if you’re a senator. (That goes for ALL of them not just him.)

Having said all that – I shouldn’t have copied this post because
while I recognized the facts are skewed, jaded, and outright lies in
some cases, I failed to mention that in my reposting of it and thus
was guilty of spreading the crap. I’m neither Democrat nor Republican
– I refuse to be labeled in such a way. I’m an American. I choose my
politicians based on ability and efficacy and nothing else. I am part
of my government, as is every other citizen of the US who hasn’t given
up their right to participate by disengaging their brains and blindly
following other people’s agendas.

Kevin B. – See! You start with rhetoric like that, how are you
supposed to take anything this tea-party “alternative thinker” says.
You can tell a lie over and over and somewhere someone will believe
it but it still does not make it true. Is he great? No, but I
guarantee he is not the first president to have a dog walker. It’s
people like this that distort the truth because they don’t get what
they want and then the snowball rolls.

Corey James wrote “Quit trashing Obama’s accomplishments. He
has done more than any other President before him. He has an
impressive list of accomplishments:

First President to apply for college aid as a foreign student,
then deny he was a foreigner.

NOT TRUE – snopes.com debunks this as pure fiction.

First President to have a social security number belonging to
another man, from a state he has never lived in.

NOT TRUE – snopes.com debunks this as pure fiction.

First President to preside over a cut to the credit-rating of
the United States.

TRUE – the first credit-rating downgrade ever happened in 2011,
under Obama, after the 112th United States Congress voted to raise the
debt ceiling of the federal government. The Senate was controlled by
the Democrats. THe House of Representative was controlled by the
Republicans.

NOT TRUE BUT – Clinton did it first when he sent troops to bomb
Kosovo. Obama did it in 2011 to invade Libya. He wasn’t the first, but
he did violate the War Powers Act.

First President to be held in contempt of court for illegally
obstructing oil drilling in the Gulf of Mexico.

TRUE – New Orleans Judge Martin Feldman, in his comments on the
ruling which struck down the President’s moratorium on offshore
drilling in waters deeper than 500 feet, said, “Each step the
government took following the court’s imposition of a preliminary
injunction showcases its defiance.” Feldman added, “Such dismissive
conduct, viewed in tandem with the re-imposition of a second blanket
and substantively identical moratorium, and in light of the national
importance of this case, provide this court with clear and convincing
evidence of the government’s contempt.”

First President to require all Americans to purchase a product
from a third party.

INACCURATE – The plan was for $50 billion in shovel ready jobs, but experts did not think the jobs would be
shovel-ready and would take far longer to get implemented and staffed
than shovel-ready should imply.

First President to abrogate bankruptcy law to turn over control
of companies to his union supporters.

First President to by-pass Congress and implement the Dream Act
through executive fiat.

First President to order a secret amnesty program that stopped
the deportation of illegal immigrants across the U.S. including those
with criminal convictions.

NOT TRUE – it wasn’t a secret and it wasn’t intended to stop the
deportaion of those with criminal convictions, but rather students,
those who had been here for a long time, whether the person came to
the US as an adult or child. It was a policy of prosecutorial
discretion that allowed the government to rank aliens as they would
have been ranked had DREAM passed – prioritizing action on criminals
and leaving others alone.

First President to demand a company hand-over $20 billion to
one of his political appointees.

TRUE – Well maybe he wasn’t the first, but he did demand BP hand over
$20 billion to Kenneth Feinberg, his “Pay Czar,” and for which
his company was paid $1,250,000 A MONTH to administer.

First President to tell a CEO of a major corporation (Chrysler)
to resign.

TRUE – and he forced the GM CEO to resign also – this was during the bailout.

First President to terminate America’s ability to put a man in
space.

FALSE – that honor goes to Nixon. Obama is only the second
President to terminate the space program.

First President to cancel the National Day of Prayer and to say
that America is no longer a Christian nation.

First President to have a law signed by an auto-pen without
being present.

TRUE – but who cares, honestly!

First President to arbitrarily declare an existing law
unconstitutional and refuse to enforce it.

First President to threaten insurance companies if they
publicly spoke out on the reasons for their rate increases.

TRUE – Obama’s administration did send a letter to America’s Health Insurance Plans which
called on them to stop attributing rate hikes to the Affordable Care
Act.

First President to tell a major manufacturing company in which
state it is allowed to locate a factory.

TRUE – Obama’s administration asked a judge to order Boeing to
relocate from South Carolina to Washington.

First President to file lawsuits against the states he swore an
oath to protect (AZ, WI, OH, IN).

First President to withdraw an existing coal permit that had
been properly issued years ago.

UNKNOWN – Couldn’t find any mention of this one.

First President to fire an inspector general of AmeriCorps for
catching one of his friends in a corruption case.

First President to appoint 45 czars to replace elected
officials in his office.

TRUE (in spirit) – the number might be off, but he did appoint
multiple “czars” who were not subject to normal election type or
confirmation appointments

First President to surround himself with radical left wing
anarchists.

First President to golf 73 separate times in his first two and
a half years in office, 102 to date.

As of November 4, 2013, “Obama is known to have played golf 147 times
since taking office. George W Bush played 24 times before giving it up
because he felt it inappropriate to golf while Americans died in his
wars. Woodrow Wilson holds the record with 1,600 games; Bill Clinton
played 400 times. Read More

First President to hide his medical, educational and travel
records.

Can’t investigate – but whose business is it anyway!

First President to win a Nobel Peace Prize for doing NOTHING to
earn it.

This statement is pure opinion, one which I happen to agree.

Depends on your perspective. I find him to be a failure at foreign
policy, largely because of his apologetic nature. I don’t like to
think my President is ashamed of our country.
Nile Gardiner of the conservative Heritage Foundation said Obama was definitely apologizing, and it’s not good.
John Murphy said Obama is using conciliatory language for diplomatic purposes, not apologizing.

First President to go on 17 lavish vacations, including date
nights and Wednesday evening White House parties for his friends paid
for by the taxpayers.

First President to have 22 personal servants (taxpayer funded)
for his wife.

TRUE – factcheck.org – A spokeswoman for the first lady says that Michelle Obama currently has a staff of 24. That may indeed be the largest of any first lady, but Hillary Clinton, with 19 staffers, and Laura Bush with at least 18 and perhaps more, weren’t far behind.

FALSE BUT – Obama’s personal aide, Reggie Love, does make $102,000/year and does walk the dog from time to time.

First President to fly in a personal trainer from Chicago at
least once a week at taxpayer expense.* * * *

NOT SURE – their trainer does fly in weekly from Chicago, but I can’t tell who is paying for it

First President to repeat the Holy Quran & tell us the
early morning call of the Azan (Islamic call to worship) is the most
beautiful sound on earth.

NEARLY TRUE – he did say that the opening lines of the Arabic call to prayer are one of the prettiest sounds on Earth at sunset. The President’s religion or lack thereof is entirely irrelevant, to my mind. More

First President to side with a foreign nation over one of the
American 50 states (Mexico vs. Arizona).

How is Obama’s “Hope and Change” working out for you?” I
believe Obama should be arrested and impeached for only a few of his
“Great Accomplishments.” For being best President in many of his
Democratic followers eyes… I feel this Great Nation in being misled
in an immorally direction away from what it was originally founded
on. I pray for the safety and promising future for our children. I
pray our children do not become as greedy, ungrateful, anti-christian
and un-patriotic as I see our current leaders leading their lives. I
commend you for reading all of this. And, I hope it has empowered you
with knowledge and opened your eyes more. Thank you, Daniel S. Hudson
— feeling patriotic